We get your brand seen!

Would you like to have your brand featured in traditional and/or digital media?

NMPR has the strategic know-how to make this process as easy and cost-effective as possible. 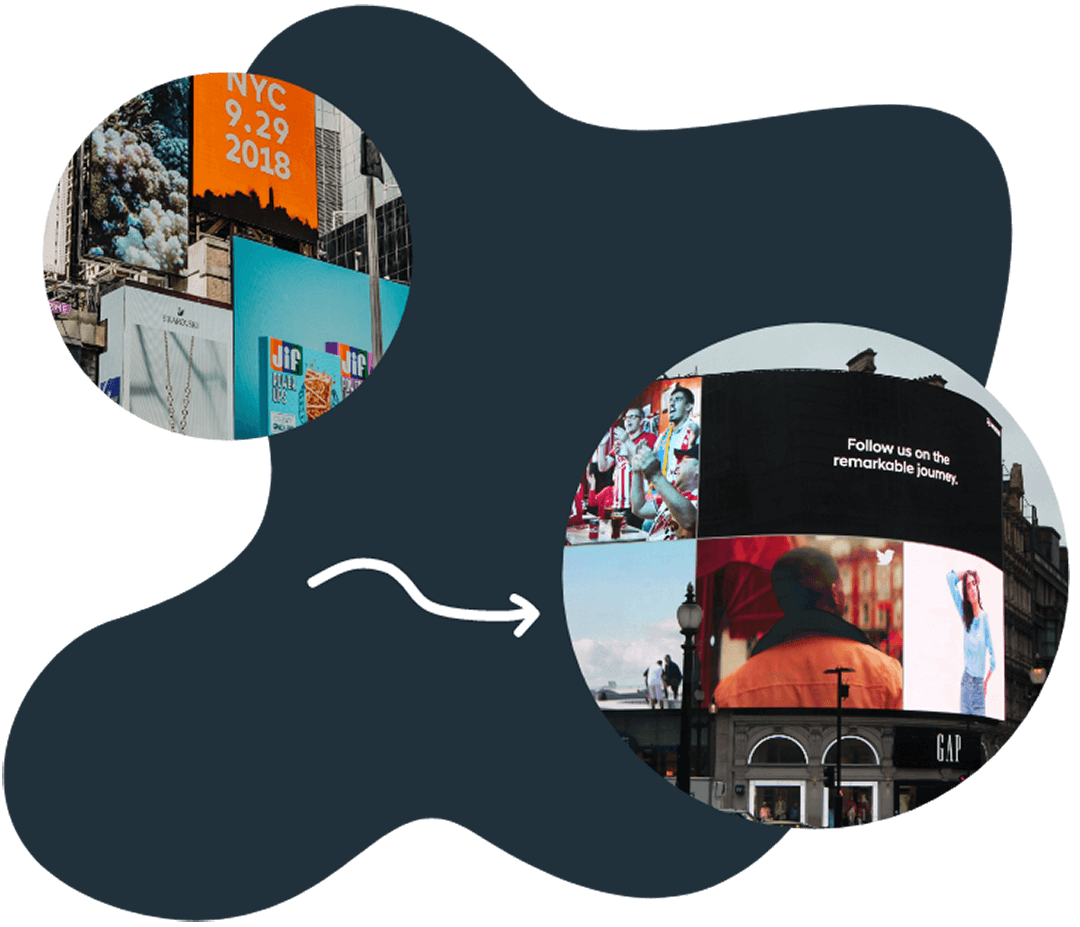 We make it easy and cost-effective.

As your biggest brand advocates, we ensure that you get the best spots in the best areas for your business. We want each media buy to give you the greatest return on investment possible – we do not take any commissions, passing the full amount of savings on to you.

Even though media buying targets a large scale of people, it’s essential that your ad resonates with the people seeing it. We analyze your target audience and align your ad and ad space to best reach those individuals so that it remains impactful amidst a crowd.

TV and Radio don’t mean what they used to. A significant amount of the content we consume is from these two media outlets. We take your ad to traditional TV and radio, as well as growingly popular streaming platforms such as YouTube TV, Spotify, Pandora, and more, bringing you to the consumer directly.

Magazines are a valuable outlet to advertise in based on your industry. Understanding the readership of each magazine, the reach, and cost vs. benefit, we identify which magazines are most profitable for your brand, negotiate the cost, and then create eye-catching ads that will cause the reader to pause.

Whether digital or static, billboards receive thousands of views a day, and many of those individuals see billboards more than once which results in multiple impressions per person. We work closely with companies selling billboard space and take no commissions so that you get roadside visibility at an exceptional price.

Influencers provide a great opportunity to leverage the reputation of key industry players. We conduct an audience analysis to see what influencers are making the truest impact, formulate a favorable contract, and monitor each promotion to ensure that you’re getting the best bang for your buck!

Ad banners on third-party sites can increase your brand visibility exponentially, especially when the ad space is purchased smartly. We analyze the metrics of each site in order to ensure that your ad doesn’t just receive views, but also lasting conversions.

Ready to get started?

The "Demand More" campaign for Rez consisted of bright and fun imagery and bold CTAs that highlighted the product imagery. This messaging was consistent on print, social platforms, and online.

Ad Banners for Tackle and Field

During times of hardship, it's important to serve brand messaging that aligns with your brand and connects with your customer. During the COVID-19 pandemic we related kayaking and social distancing to Tackle and Field's audience through web and ad banners.

Powerhouse was a massive event hosted by iHeart Radio and was coordinated by NMPR for Hempzilla, a primary sponsor. This included digital signage, expo booth designs, brand ambassadors, event staffing and more.

DCN Auto Group needed to convey that their Subaru vehicles are safe and are pet and family friendly. Since 85M American families are dog owners, we used an adorable dog family in a Subaru to touch the hearts of dog owners - a key purchaser or Subaru's according to market research - and get them interested in purchasing their next vehicle from DCN.

“Nicklaus Marketing has been instrumental in our growth. We look at them as a part of our team 100%! We started small and have grown into a national brand. The design work has been acknowledged by our distributors as being totally on-point and the social media campaigns are what have helped launch us to get to this level of success. We plan to work with Nicklaus Marketing for years to come!”

“Nicklaus Marketing & PR has a really strong team of professionals that fulfilled our every request. From Social Media Marketing to Content Creation to Press Releases, they really helped spread our message and promote our brand. Nicklaus Marketing planned and ran our grand opening events for our numerous locations and really became a part of our team. With locations all over New Jersey, New York, and Pennsylvania, Nicklaus Marketing was able to hold a strong presence in our marketing strategy no matter where we were located.”

“We owe a lot of our success to the team of Nicklaus Marketing. In addition to managing our Social Media and developing our new website, they also handle all of our Media Buying and Graphic Design work. They are always thinking up fresh and innovative ways to market our events and drive traffic in the doors. They are really able to narrow in on our ideas and successfully manage and maintain our brand.”

“Nicklaus Marketing is very knowledgeable, experienced and extremely passionate about what they do, they will take your business at any stage and work with you to achieve your company’s full potential.”

“We hired Nicklaus Marketing to assist us with our marketing projects and events, and they have been instrumental in our company’s growth and success. We continue to be extremely satisfied with their services and recommend them to anyone looking to grow their business.”

“Nicklaus Marketing handles our Search Engine Optimization, being a jeweler we have a lot of competitors in the surrounding area. With the excellent work from Jaron and the team at Nicklaus Marketing, our website is the top choice on google and with Jaron keeping up with our Adwords, we are able to attract and bring in potential patrons in the area in need of our services. Nicklaus Marketing is very skilled in this area of expertise and the proof on google speaks for itself.”

“We hired Nicklaus Marketing to assist us with marketing projects and tasks that we were unable to accomplish in-house due to limited resources. NMPR has the experience and professionalism to get the job done, but what makes them exceptional is their personalized approach. They took the time to get to know us. They interviewed the staff, worked with customers on the ground floor, and sampled many of our products and services. In a sense, they became one of us. By actively involving themselves, we have a better understanding of our business process and what we are trying to accomplish and the results have really paid off.”

“We’ve been working with Nicklaus Marketing for the better part of a year and it has only been positive. They were organized and very professional from the beginning. As a company, the results of their work have really shown, as call volume, brand recognition, and most importantly, sales, have all improved greatly!”

“We have been using Nicklaus Marketing for over a year now. Amy has been instrumental in developing and implementing a marketing strategy for our practice. We have been extremely satisfied with her services and would highly recommend her to anyone looking to either start or grow their business through various marketing mediums.”

“We have been a client of Nicklaus Marketing for years. During that period of time, they helped us develop and understand the value of the client experience and clearly separate ourselves from our competitors. As a small business, they have helped us map out several programs for customer contact and interaction that helps solidify our relationship with our customers. Our retention rate is at the top of the industry and our customer satisfaction is at an all time high!”

“Amy is the ultimate professional. She treats all of her clients like they are the most important client to her firm. Amy is always looking to stay ahead of the curve against her competition.”

“Beyond our expectations!  Village Super Market started working with Nicklaus Marketing after they impressed us with their ability to truly understand us as a brand.  They have gone above and beyond to deliver products that are beyond our expectations. I highly recommend anyone who needs a little help with creative direction to give them a try, I doubt you’ll be disappointed.”

“We have worked with Nicklaus for 7 years and have been very satisfied.  They are professional and fun to work with. They go the extra mile and are invested in our business.“

“We have worked with Nicklaus for 7 years and have been very satisfied. They are professional and fun to work with. They go the extra mile and are invested in our business.”

“Nicklaus Marketing has been attentive and successful in working with my team to accomplish great success and growth. In manufacturing, it isn’t always easy to find a group that invests their time to learn about the company the way they did. Our growth speaks for itself.”

“Amy, Faith, Jenny, Chuck and the team at Nicklaus Marketing are amazing! They were critical to our launch success and left no stone unturned. The team is responsive, hands-on, and truly cares for our business. Amy and Nicklaus Marketing truly “get” what we’re all about at Kid and Caboodle and we couldn’t have done it without them.”

“We hired Nicklaus Marketing to evaluate and develop a marketing platform for our company. The entire team is very talented and extremely professional. We are very happy with our relationship and highly recommend them.”

“I am blown away by the website that the Nicklaus team created for me. I am not a creative person, but somehow it was like they got inside my brain and created a site that reflects my business and personality 100%. Couldn’t be happier!”

“They are professional on point and get the job done! Very very happy and will recommend to just anybody!”

“We’ve been working with Nicklaus Marketing for the better part of a year and it has only been positive. They were organized and very professional from the beginning. As a company the results of their work have really shown as call volume, brand recognition and most importantly, sales, have all improved greatly!”

“From on-site events and strategy to merchandising and web design, Nicklaus Marketing has been a pleasure to work with over the past 6 years. They are detail oriented and creative, and their design team is the best in the business! You will not be disappointed with any service from Nicklaus Marketing!”

What are you waiting for?

Email Us Call Us 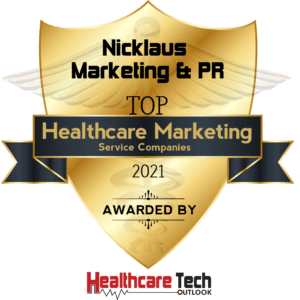